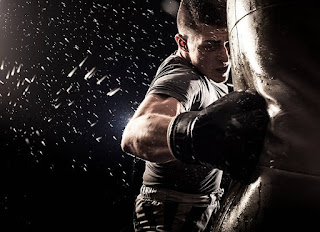 Fight the good fight of faith. Take hold of the eternal life to which you were called when you made your good confession in the presence of many witnesses(I Timothy 6:12).
In the journey of life, battles are not optional but mandatory. Even at birth, a child must be made to cry. At that point, he fights to overcome the force that wants to keep his lungs closed; so as to
live. Henceforth, various battles begin.
When one becomes born again, the dynamics of the fight changes. He will still fight but this time around it is a good fight. The bible calls it the “Good Fight of Faith”. The fight is a good fight; the weaponry is also a unique one, FAITH. So a believer fights the good fight of faith, this fight is
termed a good fight because the end is determined from the beginning. Victory is guaranteed at the end. It is a fight to be won. Halleluyah!
It is like watching a replayed boxing match whose winner you already know. The same way, God is not bothered about what fight you may be involved in now, because he already saw you emerge the winner.
Remember, He is the God that sees the end from the beginning.
You have already overcome the world (I John 5:4). God once told the children of Israel to go fight and take over the land He gave them (Deuteronomy 2:24). Though there were giants dwelling on the land. He said, I have given them to you. He expects you to go fight and possess your inheritance. The reason why many of his children are not possessors is because they are not fighters. Fight for your marriage, fight for your children, fight for your home, fight for your loved ones.
“... by whose stripes you were healed” (I Peter 2:24). Fight for the divine health God made available to you in Christ and refuse
to allow sickness to reign in your body. Fight now!
The above scripture doesn’t say you will be healed, or shall be healed; but you were healed! It is already settled, release your faith now and don’t you dare allow those symptoms to deceive you otherwise.
Ephesians 6:10-18  Finally, be strong in the Lord and in his mighty power. Put on the full armor of God so that you can take your stand against the devil's schemes. For our struggle is not against flesh and blood, but against the rulers, against the authorities, against the powers of this dark world and against the spiritual forces of evil in the heavenly realms. Therefore put on the full armor of God, so that when the day of evil comes, you may be able to stand your ground, and after you have done everything, to stand. Stand firm then, with the belt of truth buckled around your waist, with the breastplate of righteousness in place, and with your feet fitted with the readiness that comes from the gospel of peace. In addition to all this, take up the shield of faith, with which you can extinguish all the flaming arrows of the evil one. Take the helmet of salvation and the sword of the Spirit, which is the word of God. And pray in the Spirit on all occasions with all kinds of prayers and requests. With this in mind, be alert and always keep on praying for all the saints.
7 Major Requirements For The Fights:
1. The belts of truth buckled around your waist.
2. The breastplate of righteousness
3. Feet fitted with the readiness that comes from the gospel of  peace.
4. The Shied of Faith for your defense.
5. The Helmet of Salvation.
6. The Sword of the Spirit; which is the word of God.
7. And Prayer.
1 Timothy 1-18  Timothy, my son, i give you this instruction in keeping with the prophecies once made about you, so that by following them you may fight the good fight,
Paul encourages his spiritual son, Timothy to fight for his prophecies. A times when prophecy is spoken over you, you don't go to bed and sleep and expect the manifestation of the word spoken to you. You fight for it in the place of prayer and confession for the manifestation. Glory!
Romans 8:28-30  And we know that in all things God works for the good of those who love him, who have been called according to his purpose. For those God foreknew he also predestined to be conformed to the likeness of his Son, that he might be the firstborn among many brothers. And those he predestined, he also called; those he called, he also justified; those he justified, he also glorified.
PRAYER:
1. I am a victor in life in the name of Jesus.
2. I cannot be stopped because the greater One lives in me in Jesus name.
3. I am more than a conqueror in Christ.
Counseling and enquiries:
Call 0546641170
YouTube@Grace Essien
SoundCloud @Grace Essien
Face book @Grace Essien
IG @Gracessence408 or visit REIGNERS' PALACE CHAPEL OHWIMASE KWADASO

Popular posts from this blog

July 13, 2020
"Today if you hear God’s voice speaking to you, do not harden your hearts against Him, as the people of Israel did when they rebelled against Him in the desert.” (Hebrew 3:15).
God speaks to his creation at all times. As we read the bible we see instances where God spoke to unbelievers, example; Saul,  Nebuchadnezzar etc. Jesus spoke to the wind and it obeyed him, He also spoke to the fig tree. How much more you his child. It is an error for you to say you can’t hear his voice.
Jesus speaking in..…John 10:27 said; “My sheep hear my voice, and I know them, and they follow me.”
As Gods' children, we have the capacity and the ability to hear His voice. But the challenge is; a lot of us do not pay attention and listen to what God is saying. Probably because we are waiting to have the Saul’s encounter of a voice speaking from heaven (Act 9:4).
God speaks to us in our spirit with a small still voice. Prophet Elijah had an encounter with this voice… II Kings 19:12 -13 “...and after the…
Post a Comment
Read more

THE WISDOM OF GOD.

June 25, 2020
Daniel answered and said, Blessed be the name of God for ever and ever: for wisdom and might are His. And he changes the times and the seasons: He removes  Kings, and sets up Kings; He gives wisdom unto the wise, and knowledge to them that know understanding. (Daniel 2:20-21)
This is profound words of Daniel praising God of all possibilities when he was with his friends narrating his experience to interpret and tell king Nebuchadnezzar of the dream he had.
There is a wisdom from God that dethrones and enthrones. When you walk in the wisdom of God, you take your place in destiny; you get blessed by the same circumstances that destroy others;when  men are saying “There is a casting down”, You shall say “There is a lifting up”. The wisdom of God is superior to every other  wisdom.
Five (5) important truths you need to know about the wisdom of God;  1. God is the source of wisdom  2. God is the fountain of wisdom  3. God is the giver of wisdom  4. God is the God of wisdom  5. God is the Author of …
Post a Comment
Read more